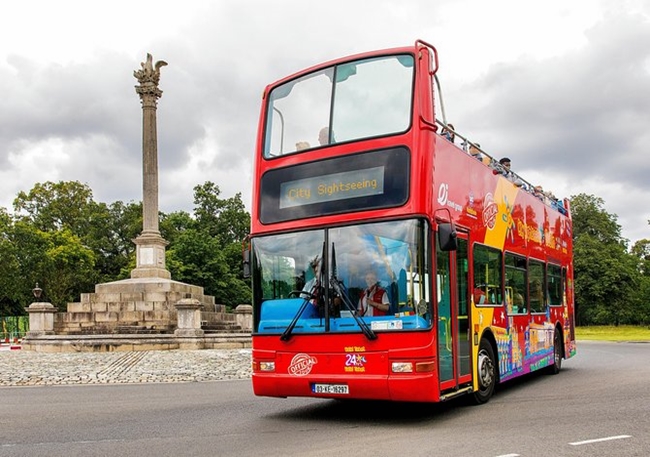 Experience the beauty, history, and culture of Dublin during this popular hop-on hop-off sightseeing tour.

Choose from 1- or 2-day tickets and follow the route that highlights the best of the Emerald Isle's capital city.

Travel the city in style by open-top double-decker bus Take in top city attractions such as Dublin Castle, the Guinness Storehouse, and Temple Bar Enjoy complete freedom to hop on and off at your leisure Gain insight into Dublin’s history from the informative on-board commentary

Enjoy 360º panoramic views of Dublin with the City Sightseeing. 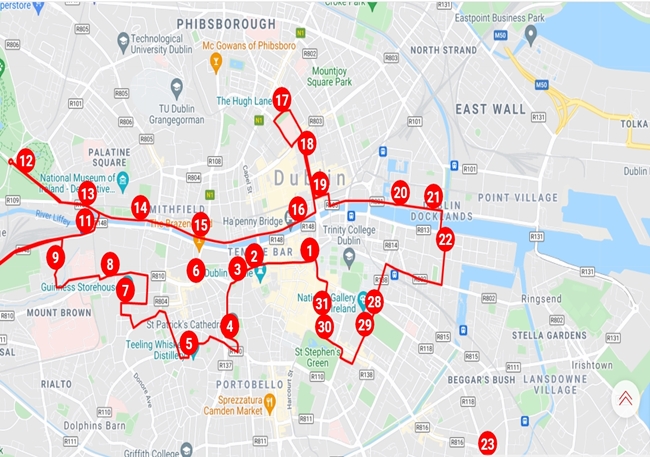 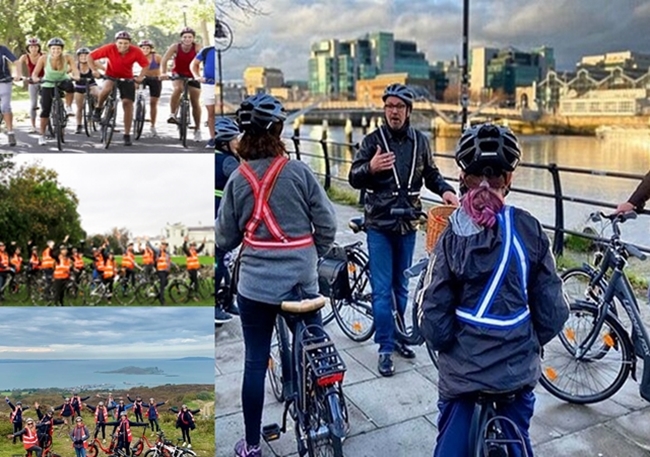 Explore Dublin by bike with our experienced and friendly guides.

Enjoy a unique eco-friendly tour of our amazing city.

Our tour is a great way to find your way around Dublin at a nice relaxed pace, while at the same time covering a lot of ground! Discover Viking & Norman Dublin.

See where the Lords & Ladies lived in Georgian Dublin.

Hear about the many rebellions that took place and the heroes that led them. Discover where famous writers like James Joyce and Jonathan Swift lived and wrote.

Find out where St. Valentine's heart is and where Dracula was written. Hear about Dublin's famous musicians such as U2, The Dubliners, Sinead O'Connor and much, much more

The tour is around 2.5 hours long and suitable for cyclists of all ages and experience.

We will supply you with helmets and reflective belts. Dress for the weather!

What to expect
We offer Guided Cycle Tour of Dublin City with experienced and local guides.
All equipment and cycles are provided.
The Tour is a relaxed 2.5 hours of sightseeing and fun around Dublin City 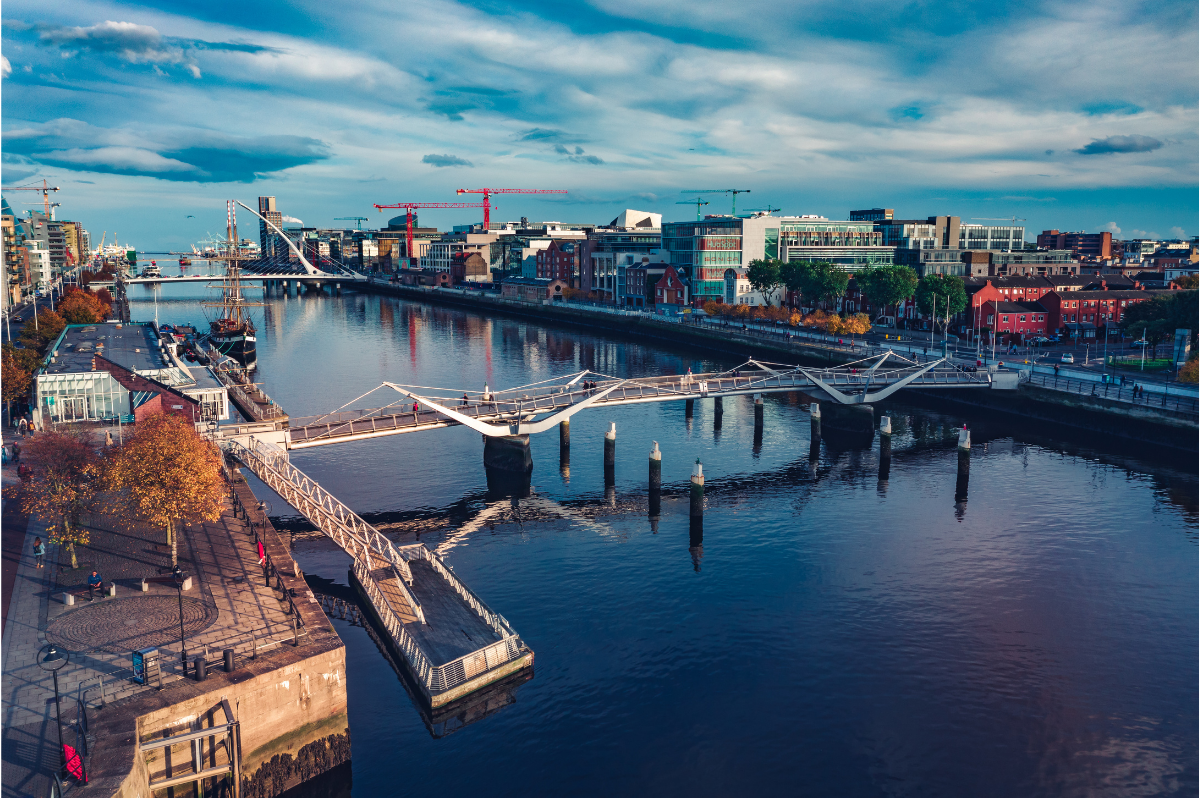 Get to grips with Dublin alongside a local guide during this convenient walking tour, ideal for first-time visitors.

Don’t waste time getting lost alone; instead, allow your guide to show you city highlights like Trinity College and Temple Bar, while talking you through the city’s history.

An immersive experience you wouldn’t get alone, it’s the ideal way to start your holiday in Dublin.

See Dublin’s highlights with ease during this informative walking tour.

Learn more than you could alone about the city’s history.

Benefit from insider tips, discounts, and a free Dublin map

Learn how the road is one of Europe’s widest streets, and set off to explore the city center while learning about Dublin’s eventful history and laid-back culture.

Stroll along O’Connell Street and see the General Post Office, a place regarded as hugely symbolic by the Irish.

Admire the grand façade, and learn how Irish rebels occupied the building during the Easter Rising of April 1916, an event that ultimately led to an independent Ireland.

Next, follow your guide through the bustling Henry Street shopping district to the 18th-century St Mary’s Church. Head inside to admire some striking features, including a beautiful stained-glass window and Renatus Harris-built organ that towers over the bar.

Continue into Dublin’s Italian Quarter, a vibrant area of shops and restaurants situated on the north banks of the Liffey River and also known as Quarter Bloom.

As you stroll here, admire the views of the Liffey, and hear how the river has served as a trading lifeline of Dublin from Viking days.

Head on to Temple Bar, the city’s designated ‘cultural quarter’ and trace the narrow cobbled streets, still laid out in a pattern unchanged from medieval times.

Then, stroll to Dublin City Hall, a magnificent example of the stately Georgian architecture that Dublin is renowned for.

Finally, arrive at Trinity College, the college that makes up Ireland’s oldest university.

Founded in 1592, this famous place of learning was one of seven established just before the Tudor monarchy extended its authority over Ireland as a whole.

View the historical buildings, many set around cobbled quadrangles, and finish your tour here when you bid goodbye to your guide.

Be sure to take advantage of these deals during the rest of your time in the city!